These loggers are available only with an RS232 serial interface, ie not in USB form (although they can typically be used with a compatible external serial-to-USB adapter to connect into a PC that may not have a free serial port).

Some details of each logger type are shown below (remember that these ‘special’ features are in addition to the standard 6510 logger features, although it may not necessarily be possible to use all logger modes simultaneously), but please contact us for further information if required.

This is probably the most interesting and generally applicable unit amongst the four special streaming loggers. The use of the term ‘Alarm’ in its name is perhaps a bit misleading – this logger certainly can be used to trigger all sorts of external alarms, but it typically equally useful for controlling external equipment for all sorts of purposes other than alarms, eg heating and ventilating.

44 logger has a separate fly lead from the logger module to a terminal block containing a set of four pairs of external electrical contacts to allow the control of external electrical equipment in response to changing weather conditions. Each pair of contacts can be individually programmed to open or close in response to some particular numeric value of a weather parameter (or combination of values), such as wind speed above 40knots or outside temperature below 4C – both arbitrary examples.

These contacts are essentially like solid-state relays, which are limited to low voltage (28V AC / 48V DC) use but can switch respectable currents (1A or greater). These contacts could obviously be used indirectly to control AC mains equipment, but an intermediate mains-rated relay (or similar solid-state device) and power circuit would be needed.

This logger unit fills a need we’re often asked about in relation to Vantage Pro stations, namely is there a way of turning some external equipment on or off in response to changing weather conditions? Well the answer now is very definitely: yes!

The 6544 logger also complements the Weatherlink Email add-on module, which is used specifically for messaging (eg by email or SMS) about current weather conditions, whereas the 6544 logger is able to initiate some physical action as a result of changing weather conditions. Indeed there’s no reason why the 6544 logger and the Email Module could not both be used on the same installation to carry out their distinct functions, ie the 6544 to control external equipment and the Email software Add-on Module to relay status messages by email and/or SMS to operators.

The parameter monitoring available on the 6544 is very comprehensive. Any parameter measured by the VP installation, including any supplementary sensors fitted and also derived parameters such as dew point can be monitored. Trigger points can be set to: greater than, less than, or equal to a specified level. Other function such as between two specified values (or not between) and even a trend value can be used. Multiple combinations can also be set, when a contact closure can be triggered is any condition in a set is reached or only if all conditions in the combination are met. And a completely different combination of weather conditions can be set for each of the four pairs of contacts.

The 6544 logger is programmed as follows: A special Streaming Logger utility, which is installed automatically along with recent versions of Weatherlink, is run on the linked PC. (NB Normal Weatherlink software operation must be stopped whilst this utility is running). The utility contains a comprehensive set of screens that allow all the features listed above to be specified and downloaded to the logger. Once programming of the 6544 unit is complete, the Streaming Logger utility is closed and normal Weatherlink software operation can be resumed. 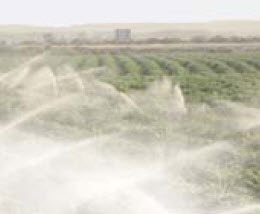 This logger can control compatible irrigation equipment apparently at the same time that it is performing routine data logging. Compatible equipment would be either industrial units that expect pulsed inputs of wind, rain and ET in a standard protocol and available from the contacts in the 6560 connector block or residential units based on an ET output but with other constraints that can be entered in the control program.

Clearly, this logger is not going to be of general interest, but for those subsets of professional users who are familiar with the control and use of irrigation equipment, this logger may be a cost-effective solution to their needs. 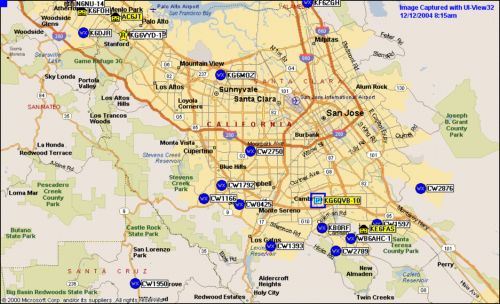 This logger generates a text string of current weather conditions in the specific APRS format that has been developed to allow amateur radio enthusiasts to broadcast weather readings in an agreed common format. These broadcasts may be collated to allow maps of current weather over an area to be generated automatically. Although the standard Weatherlink software (ie used with a standard 6510 logger) has an APRS function, this works simply by uploading data to a designated central APRS web server and does not directly use wireless broadcast. The 6540 logger, on the other hand, can be connected directly to a TNC modem and thence to a radio transmitter and so allows APRS broadcasts in the true and full sense.

The fixed text string generated by the 6540 logger is as follows:

This intriguingly named logger generates text strings of current weather readings in a special format needed for input to a program called ALOHA. This (freely-available) program was written for the US Environmental Protection Agency and is intended for the short-term monitoring of spills of hazardous chemicals, whose immediate dispersion pattern will obviously be determined by prevailing weather conditions, especially wind speed and direction. 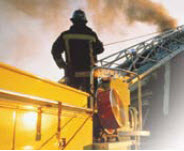 ALOHA is actually part of a suite of 3 programs called CAMEO, which also include the original CAMEO program (mainly a substantial database of properties of hazardous chemicals, but also a set of tools to log incidents) and MARPLOT, which enables a graphic of the current dispersion pattern predicted by ALOHA to be overlaid on a digital map. MARPLOT was of course originally intended for use in the US where highly-detailed digital maps in a compatible format are freely available. With a little work, maps in a wide variety of formats (including bitmaps) can be made to work perfectly adequately in MARPLOT so the program can be used acceptably in any part of the world, but of course some cost may be involved in sourcing the maps outside of the US.

The 6550 unit clearly opens the way for use with the fascinating CAMEO software, but prospective users should note:

As a result, the 6550 logger is may not have too much general appeal for UK users. But if any professional users might be interested in learning more about this logger and its associated software then we can help and advise further.

For the record, the text string generated by the 6550 logger is as follows: